Ah… the highs and lows of being Mayor!

The week has been something of an emotional roller-coaster – on the one hand, sheer joy in seeing the work of some of our brightest young students, on the other having to bid a sad and final farewell to one of the shining lights on the City Council.  That was last Wednesday when St George’s RC church was full to capacity for the funeral of Cllr. Stuart Denlegh-Maxwell, a very good friend and a huge talent who will be missed in the Council Chamber.

What I needed was cheering-up – and that came that same afternoon.  Some quite amazing plans to upgrade the Canal from the basin all the way to Perdiswell were revealed to me by far-sighted Canals Trust and British Waterways’ planner Timothy Booker and the City Council’s Andrew Round.  Watch this space for more details!

The City is privileged to be home to a number of schools of renown.  Back-to-back events in the middle of the week – King’s Day at King’s School and RGS Grange’s Speech Day – brought home the incredible standards consistently attained by both.

I also had occasion to call in the police – no, not for any crime or misdoings, but merely to say ‘thank you’ and to point-out that I for one, and the majority of you for another, appreciate the work they do.  Chief Inspector Stephanie Brighton promised to pass that message on to her team.

Another city organisation deserving of the highest praise is Worcester Snoezelen.  It is the only local leisure therapy centre of its kind for people with learning difficulties – and its fifth Art Exhibition and Silent Auction filled me with admiration.

Summertime means carnivals and summer fayres and there’s been no shortage of either this week. Regency School’s Summer Fayre and St Peter’s Parish Festival at Power Park were only topped by the newly-revived Worcester Carnival, which I had the pleasure of opening on Saturday. 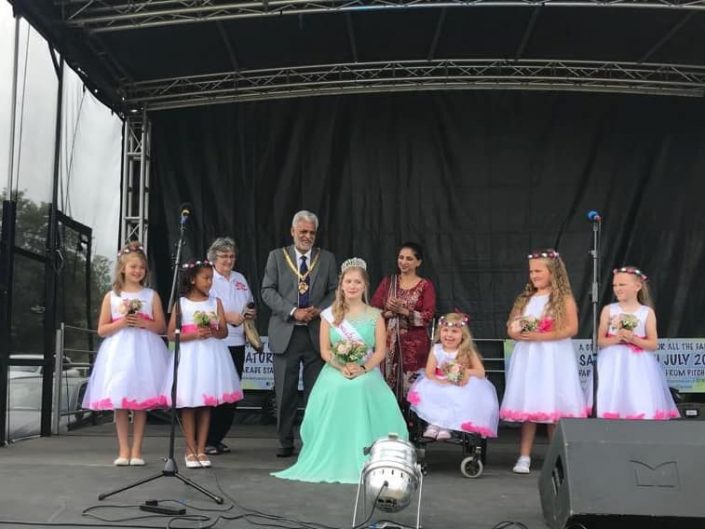 Visits and tours round the Guildhall by groups of Italian and Chinese exchange students completed this week of ups and downs: mostly ups, I’m delighted to say!