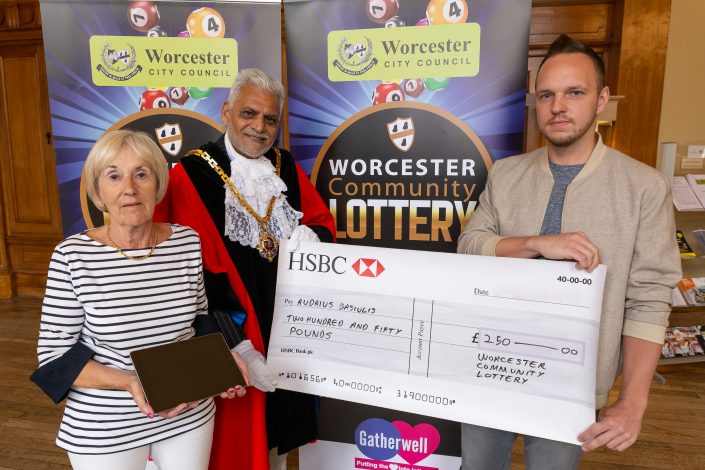 Sometime you can’t help but wonder at the startling pace of change in our world. When I first wrote this column in my mayoral term 2004-5 it was the Mayor’s Diary in print. Now it’s the Mayor’s Blog!

Even so – and it pleases me no end to say so – some things don’t change, first and foremost my continued pledge to attend as many official engagements as time allows: this week progressing much as I intend to continue.

I enjoyed a sheer delight on Wednesday – the Severn Arts Festival ‘Young Voices, New Visions’ event in the Cathedral, bringing together the youthful musical abilities of gifted Worcestershire schoolchildren. So much talent. So much energy. And so much to be thankful for.

Nor will I ever forget that as your Mayor, I’m walking in the shoes of my illustrious peers. One of the finest was my friend Mike Layland whose all-out drive to forge closer relations with Ghana in 2011 took a leap forward this week with an update by Alhaji Salah Kweku Kalmoni on the progress of a low-cost community housing project in Accra. This is an integral part of the initiative Mike helped set up. As a mark of their appreciation, the organisers have invited me to visit Ghana to see their on-going progress. Mike would have been highly chuffed, I’m sure.

I was also deeply honoured to be able to hand over a cheque for £2,500 to a truly inspirational man the next day – Professor Mohammed Alyas Ayub, founder of a school for the blind in Azad Kashmir. Born blind, but refusing to let it get in the way of his ambitions, he followed his dream and his school is now one of the wonders of the world. His goal, ‘From Darkness to Light’, is one we should all follow.

Despite the international flavour the week took on at first, my own motto was never forgotten: ‘City comes first’. Opening the Oak Apple Day celebrations at The Commandery was a huge honour, as was handing over the prizes to the first winners of the new Worcester Community Lottery.

As someone else once famously said, ‘All go, innit?’ And so it will continue.