I’m fascinated to read that Chicken Tikka Masala is officially England’s favourite dish.  Funny that, as I’m not really into spicy dishes and mine is fish ’n’ chips – which is fortunate as that’s just what was served-up at three official functions in the past week!

One was at Kidderminster Mayor Cllr David Ross’ Charity Quiz Night last Thursday when ‘The Chain Gang’ – Chairman of the County Council Peter Tomlinson, Droitwich mayor William Moy and I – muddled-through to come fifth out of twelve teams.  It also proved much the same story the following night at Chairman of Malvern DC Cllr Dean Clarke’s Charity Beetle Drive at Hallow.

No surprise, then, that Sunday saw me breathless – not as the unhealthy result of culinary piscatorial over-indulgence, but by the sheer power, colour and energy of the Chinese New Year celebrations.  People talk about Worcester’s diversity and inclusivity and this was a perfect example.  Sheer magic, my hat duly taken off to every performer, no-one excluded.

However fish ’n’ chips wasn’t on the menu when I called in to the Anarkali Restaurant, now re-vamped and re-vitalised and given a 4* hygiene rating after a lapse of attention last year. 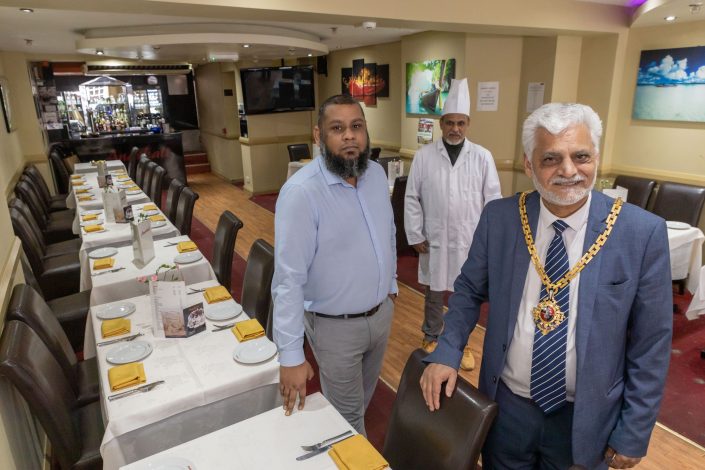 This was followed by a meeting with Rinku Khan, whose Step by Step Recruitment firm aims to provide a pathway to employment for more Asian people.  Finally, a tour of the newly refurbished Anbrian House in The Tything all highlighted significant improvements.

I’m also liking the sound of a new community engagement group, Make Time for Friendship, headed by Jenny Manchester who called into the Parlour for a chat about future plans on Thursday, while Worcestershire Ambassadors – an organisation of which I was a founder member – will, I don’t doubt, go from strength to strength under its new Chairman Julia Williams.

I was left breathless once again at the Swan Theatre, for Kay’s Theatre Group’s 66th pantomime ‘Robinson Crusoe and the Pirates’.  Although I’d already had a sneak preview some weeks ago, I was still not quite prepared for the utter brilliance of the finished – and very polished – final show.  ‘Amazing’ fails to do it justice. 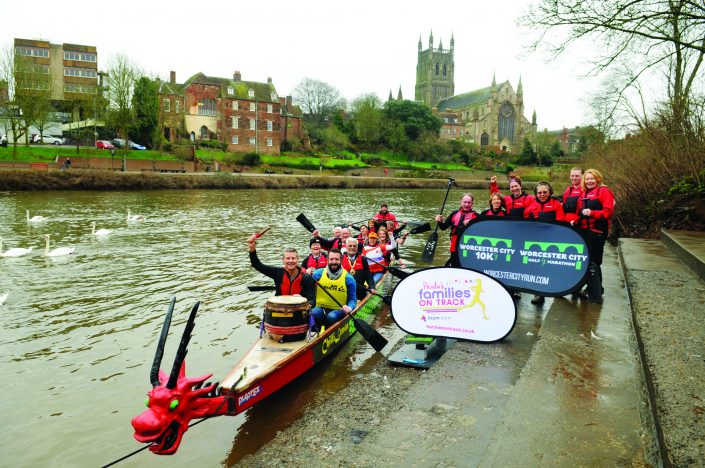 I’m struggling to find words to do full justice to Light Night Worcester – the celebration of light that gave a new brilliance to the city centre last Thursday.  Awesome… brilliant… spectacular… and that’s just for starters!

Two unaccustomed event-free days permitted the opportunity for me to recharge the batteries ahead of a hectic Sunday that began with a fundraising event staged by the International Welfare Society. A clash in the timetable left me disappointed that I could spend only limited time there, before a mad dash to Perdiswell Young People’s Leisure Club for a sneak preview of Kays Theatre Group’s newest panto ‘Robinson Crusoe and the Pirates’.  Take it from me, Swan Theatre-goers between 30th January and 9th February are in for a major treat – oh yes, they are!

I’m struggling again to avoid groan-worthy phrases like ‘bang on target’ or ‘all of a quiver’ for the third highlight of the day, Droitwich Archery Society’s World Record Status Combined Tournament in the RGS’ Tom Savage Hall.  The archers made me ‘Lord Paramount’ to present a vast array of prizes to bowmen (and women) from all over the Midlands.  An impressive display, right off the top flight… I know, groan, groan!

This being The Year of The Rat, Worcester Chinese Association’s New Year celebration in the Guildhall on February 2 is on course to be yet another spectacular event. The Association’s founder and chairman Frankie Tsang told me so on Tuesday, and he’s a man of his word!

Talking’s good.  It’s something I do rather a lot in my role as mayor, as a councillor, and as an individual, so any initiative that sets out to promote friendship and neighbourliness through the power of conversation gets my support for sure.  ‘Talk to me Worcester’ a lively community campaign that I was honoured to help launch at the beginning of the week.

Alas, the joy of being mayor is inevitably tinged with the less uplifting duties.  I was immensely moved this week by the funeral of the wife of my Stourport counterpart, the hardworking and very likeable mayor Ken Henderson.  That Lin died while still in service as mayoress added a poignancy to the service and my thoughts remain with Ken, his family and the people of Stourport for their loss.

My sagging spirits were lifted later that day with a look at the wonders of Croome Court for the launch of Chris Oxlade-Arnott’s uplifting exhibition Acorn to Oak, while a rare appointments-free weekend permitted me some welcome reflective Me-Time.

Oh… and talking of initiatives that bring people together, I can think of none better than the Lottery-funded ‘Best of Worcester Awards’.  We are looking for nominations to find that one very special Worcester person who went the extra mile for their community. Organiser Keith Slater and I spent the better part of a day dotting ‘i’s and crossing ‘t’s for the awards ceremony on April 2nd, right down to the music, due to be performed by students at Tudor Grange High School. It’s going to be good!

As for Wednesday this week, I don’t think the Mayor’s Parlour has ever been quite so animated as when I was besieged – in the nicest possible way, of course – by a very large group of beautifully-mannered Chinese students who kept me so busy answering their questions that I had no time to ask any of my own!

In all, a week of mostly highs, topped-off with the spectacular Worcester Light Night show – of which more next week!